Conservation and Direct Protection of Doucs and other animals

We employ local people to provide direct protection to the endangered douc populations and the forests in which doucs are found. Snare and trap eradication programs employ local people to take snares and traps out of the reserves and national parks, release healthy live animals caught in snares and confiscate animals in markets, restaurants and private homes. Confiscated animals are then released back to their forest homes providing they are healthy.  If animals need medical treatment, we transfer them to organizations like Wildlife At Risk who provides rehabilitation facilities for injured animals. 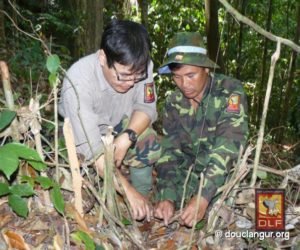 The DLF has also supported Douc Protection Teams composed of rangers and local people at Son Tra Nature Reserve and Chu Mom Ray National Park since 2011.  Teams are stationed in the forest and actively protect douc groups from hunters, poachers and coming into direct contact with tourists. Local teams also monitor populations and protect douc groups when they cross the road. 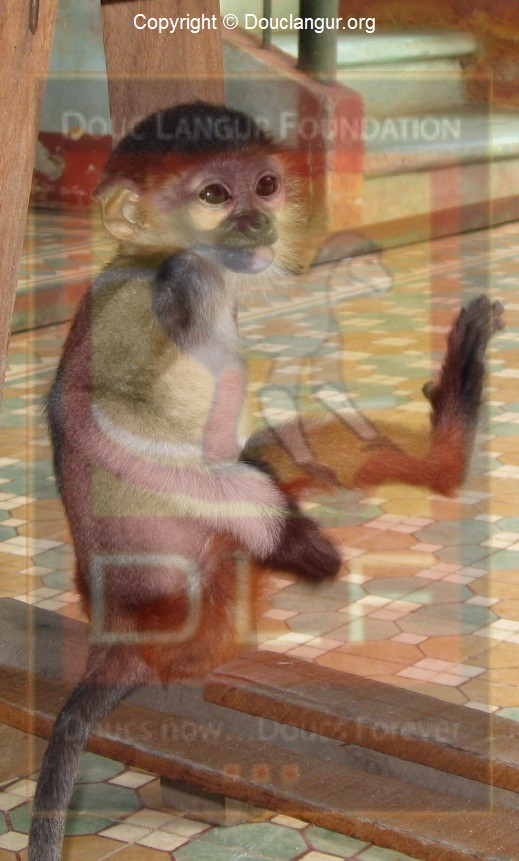 Since 2007, the DLF has supported a professional staff of Vietnamese biologists and botanists who collect field observations on the douc diet, behavior and ecology all year.  These studies are providing the first long term data on various aspects of behavior by all members of the group. Our botanist has been documenting the characteristics of all plants the doucs’ utilize.  In addition, the chemical properties of all foods consumed are being analyzed.

In addition to the study of feeding ecology, we are tracking group composition throughout the year and have found that douc groups vary in numbers from one season to another.  We continue to document the reproduction and development of doucs at Son Tra Nature Reserve.

The DLF has conducted four extensive surveys to delimit the populations of doucs and gibbons. These surveys formed the foundation of the successful snare and trap and conservation actions at the national park. This year a major grant will support the first long term monitoring of the douc and gibbon populations.

The DLF with the support of various funding agencies has trained rangers and local people from Son Tra Nature Reserve and Chu Mom Ray National Park in techniques of protection, monitoring and law enforcement.  Poaching, hunting and illegal trade are a constant threat to all endangered animals in Vietnam and the douc is no exception.   Trained local forces are the best protection for the animals and the forest and the DLF has been actively supporting these trainings since 2007. 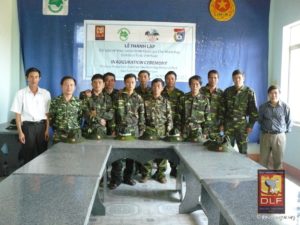 In 2011 the DLF started school education programs in several primary and secondary schools in towns close to Son Tra Nature Reserve. To date we have presented programs at Ly Tu Trong, Nguyen Phan Vinh, Nguyen Tri Phuong and Nguyen Chi Thanh schools that are closest to the nature reserve.  Our programs cover basic concepts of biodiversity along with a healthy dose of conservation and protection of endangered species with the Douc Langur acting as the flagship species. More than 120 students have learned new conservation concepts in our classes.

Recently we have expanded our school programs to Sathay Primary and Secondary schools that are near Chu Mom Ray National Park. Our programs have been expanded to include the critically endangered gibbon that occurs in the national park. To date 60 students have taken our classes. 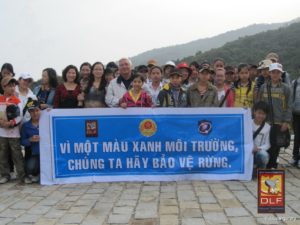